From the month of August we feature the awesome, the awful, and the work that awaits. Read on for a lighter-than-usual Puggle, but issues as urgent now as ever.

Did you catch the exhilarating performance of the Indian women’s field hockey team at the Olympics in Tokyo? Even if you missed it, read about how the hockey team came to be and the freedom they have experienced as a result. The way the women on the team “pushed back against regressive social norms…made a noise instead of staying silent…ran around, even though the world asked them not to take up space” is reminiscent of other pioneering Indian women.

The return of the Taliban in Afghanistan is ominous for women and girls. Malala Yousafzai shared about her “Fear for My Afghan Sisters.” And we will all be watching for what happens next to the dramatic rise in girls’ education over the past two decades.

To the work that awaits.

As school systems reopen, ‘teaching the children’ must replace ‘teaching the curriculum.’ Rukmini Banerji and Abhijit Banerjee outline three urgent tasks in India that are applicable elsewhere, too. First, children will be at different learning levels, so classes need to be designed to teach at their level. Second, special efforts are needed to reintegrate children — especially girls — back into school, like monitoring attendance, following up with absent children’s families,  and making school more fun. Third, school systems need contingency plans to continue supporting learning even when movement is restricted.

The Central Square Foundation published a piece looking at the System Drivers of Foundational Learning Outcomes, drawing together different strands of research in a visual, digestible, and actionable report. 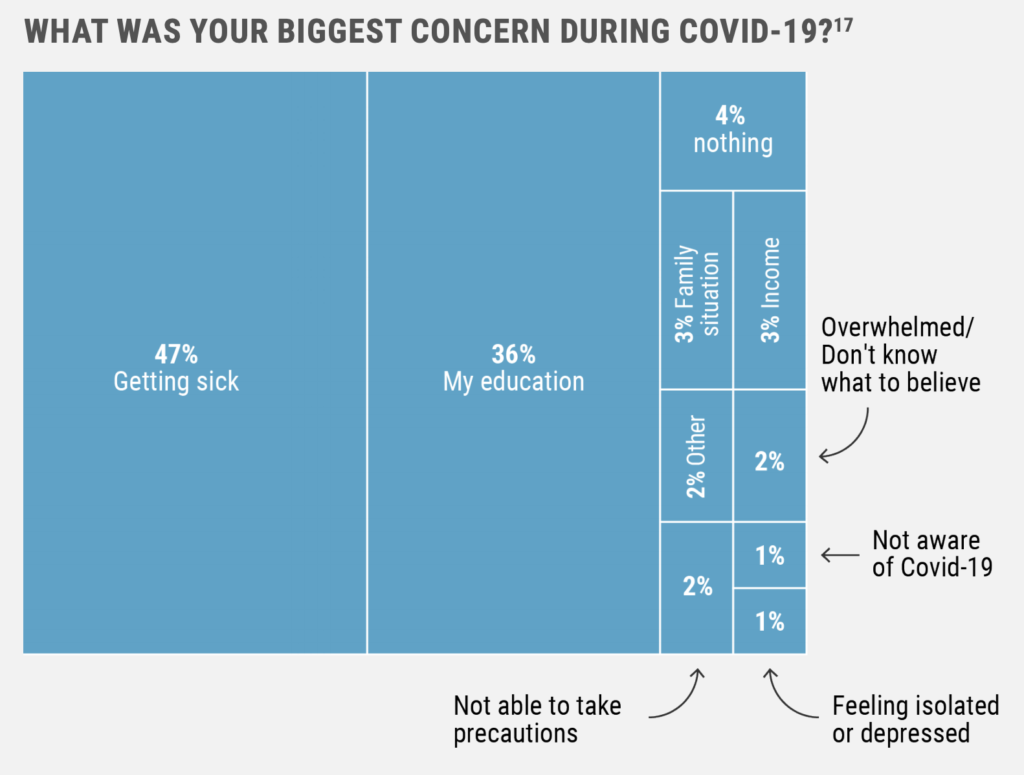 The Center for Global Development offers evidence on Promoting Gender Equality in Pakistan, showing that education is associated with more positive gender attitudes. It also highlights that people have more liberal views on gender than they perceive others to have; making people aware of what

other people actually think could make room for positive change.

Majula Singh argues that “The pandemic and its consequent damaging impact on women’s employment can be treated as an opportunity to reimagine how we look at reskilling or upskilling girls such that we can reshape the narrative.”

Shujaaz looked at the impact of COVID-19 on adolescent gIrls in Kenya. They found that education was a significant concern for adolescent girls. 75% of them were unable to continue school during school closures and they were digitally less connected than their male peers. Although 78% at least occasionally experience signs of depression or severe stress, 85% believe that their lives will be better a year from now. And 84% believe they have something to contribute to their community and to the world.

We believe that, too!